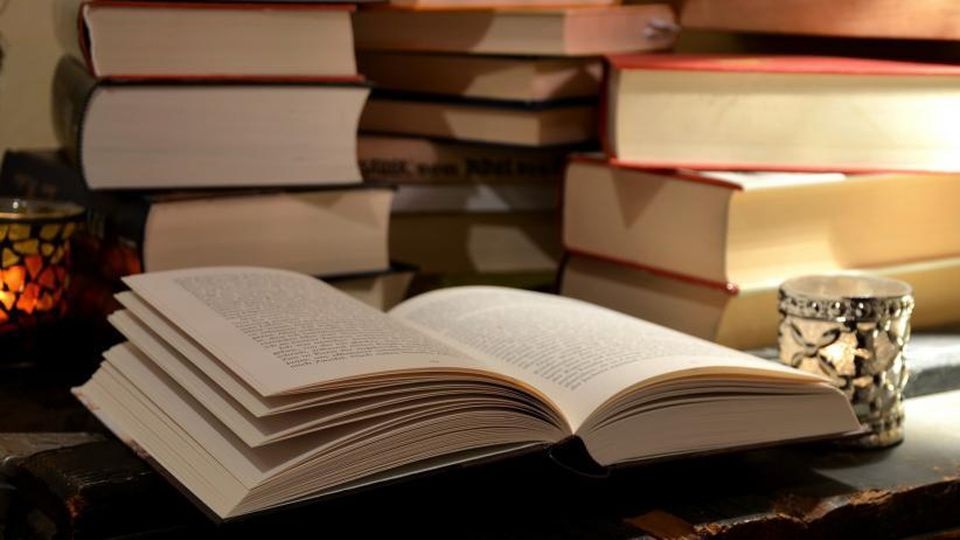 Every entrepreneur needs an active reading list. After all, books are one of the most valuable knowledge resources. Even the best podcasts and YouTube videos cannot replace the in-depth lessons found in a good book.

The challenge, however, is sifting through and finding the right material. Find something that will not only resonate with you and inspire you to aim higher, but will also guide you through that process as well.

From self-development to business best practices, here are ten must-reads for entrepreneurs in 2017:

Not many entrepreneurs can say that they started their empire in a flea market. Serial entrepreneur Bill Green pulls from over forty years of business experiences to share 101 key insights that have helped him build one of the largest industrial distribution companies in the country. For aspiring entrepreneurs, this is a glimpse into what it takes to go from a startup founder to CEO of a publicly traded company.

This is the sort of read that makes you realize that even the world’s most successful entrepreneurs once started as paperboys and door-to-door salesmen — and Green is no exception. All In shows the true value of 100{193319180524fe1cbcf93f2fa4436f311e82d10b1113c9fa2c57b372435e0a56} committing to a venture, and the level of persistence and dedication it takes to become successful.

2. Tools of Titans by Tim Ferriss

Not many people can compile years and years of interview notes together and create a handbook of excellence, let alone a compelling and worthwhile read. Tim Ferriss is one of those people.

From financial advice to morning routines, actionable steps to taking care of your body and beyond, Ferriss’s Tools of Titans leaves no stone unturned. He says that this text, intended as a sporadic reading experience, is to be used as a resource for whatever it is you’re focused on; it’s not necessarily meant to be read cover-to-cover.

What does a popular magazine writer do when his job no longer exists in the modern age? He works for a popular budding startup at the time called HubSpot, rides the wave to the top, and writes a book about being in trenches of the second tech bubble.

Lyons is also a writer for the popular HBO show, Silicon Valley, which seems to all-too-perfectly nail today’s trendy startup culture right on its head. Want to know what it all looks like from the inside? This is as close as you’re going to get.

4. Idea to Execution by Ari Meisel and Nick Sonnenberg

Virtual assistants are no longer a distant idea in an imaginative future. In fact, they are becoming more and more actively involved in the building of a business from the ground-up, especially when finances are tight.

Authors Meisel and Sonnenberg birthed their VA business from scribbled notes on cocktail napkins. They were up and running less than 24 hours later. Their process? Optimize, Automate, and Outsource. Idea to Executive traces their journey to creating a profitable Virtual Assistant company.

For truly insightful financial advice, look no further than the guru himself, Tony Robbins. Unshakeable is, by all accounts, a compilation of “the best of the best.” It pulls knowledge from the top financial minds in the world to create a playbook for financial freedom.

For any aspiring entrepreneur looking to learn more about managing the financial aspect of their life (both personally and professionally) or even a seasoned veteran hoping to continue honing their skills, this is a must-read.

What is the one quality that separates the talented from the successful? According to Duckworth, that quality is called “grit,” something every entrepreneurial spirit should possess.

Anyone striving to succeed, no matter if you’re a parent, student, educator, athlete, or businessperson, should focus less on talent. Instead, take on a “gritty” blend of passion and persistence. Consider this your wake-up call to hit the pavement running.

7. The Third Wave by Steve Case

Part memoir, part vision for the future, Case’s story begins when he co-founded America Online (AOL) back in 1985, a time many of us remember with the sound of a loud modem connecting to the Internet. The Third Wave tells the story AOL’s massive merger with Time Warner, as well as his take on the next generation of the Internet. First, there was AOL and other companies that laid the foundation.

Second were companies like Google and Facebook, who helped make the Internet more social. Today, we are entering The Third Wave, in which technology and the real world have become synonymous and in which startups are using the Internet to transform our everyday reality.

Pivot is an actionable guide to the sort of finesse required to survive as a startup. Lean, agile, and ready for anything is the motto, and success is, as Blake says, “All about your next move.”

In this book, topics range from how to double-down on your strengths and cover your weaknesses, all the way to running small experiments in order to figure out which ideas are worth pursuing and which should be discarded.

9. Be Obsessed Or Be Average by Grant Cardone

Grant Cardone is an extremely well-known entrepreneur who has invested heavily in his personal brand and now uses his story to inspire and motivate others. In his book, Be Obsessed Or Be Average, his message to aspiring entrepreneurs is simple: you either demand that it happens, or it won’t happen at all.

His recipe for success comes down to: setting big goals and reaching for them day in and day out, leveraging your money instead of spending it frivolously, and finally, using people’s negativity and doubt as fuel for your fire.

The creative process is ethereal to most. It can be confusing and difficult, and as a result very few people have the patience to nurture their own creative thinking.

Here, Gilbert takes to the page to share her own perspective on the creative process, and how to best understand that tricky quality called “inspiration.” From attitude shifts to daily habits, this is a book about how to keep your creative juices flowing, no matter what.

Softbank is Eyeing a Slice of the Indian Food Delivery Market 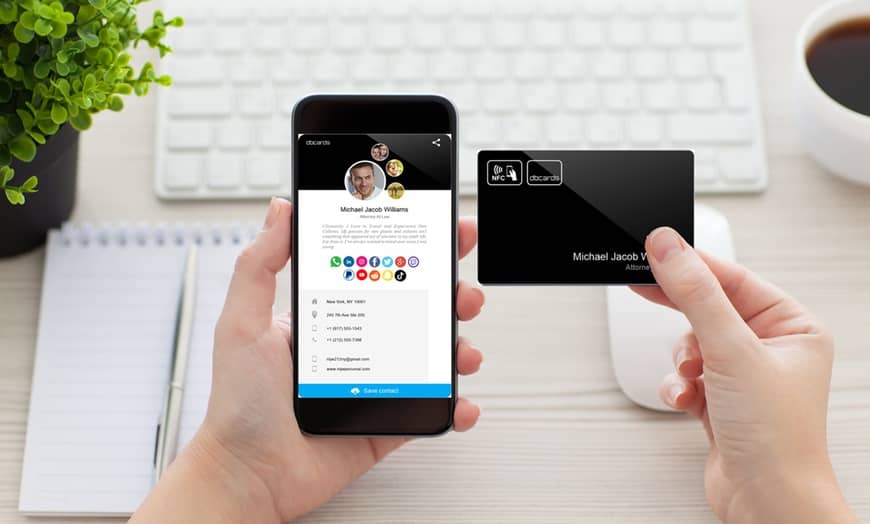 The world has been slowly transitioning from traditional to digital, and this is very much apparent in businesses. Before, companies tended to place their focus on beautifying their stores to accommodate consumers who might be visiting. But these days have been different. While some businesses still decorate their physical stores, more enterprises invest their efforts into developing their digital footprints.

Keeping up with the latest technologies with NFC Tagify

With the continuous updates in the tech industry, it is understandable to get overwhelmed. But through constant efforts and knowledge, you can eventually keep up. To know more about digital business cards and why it is becoming a notable trend, you can check this infographic by NFC Tagify. 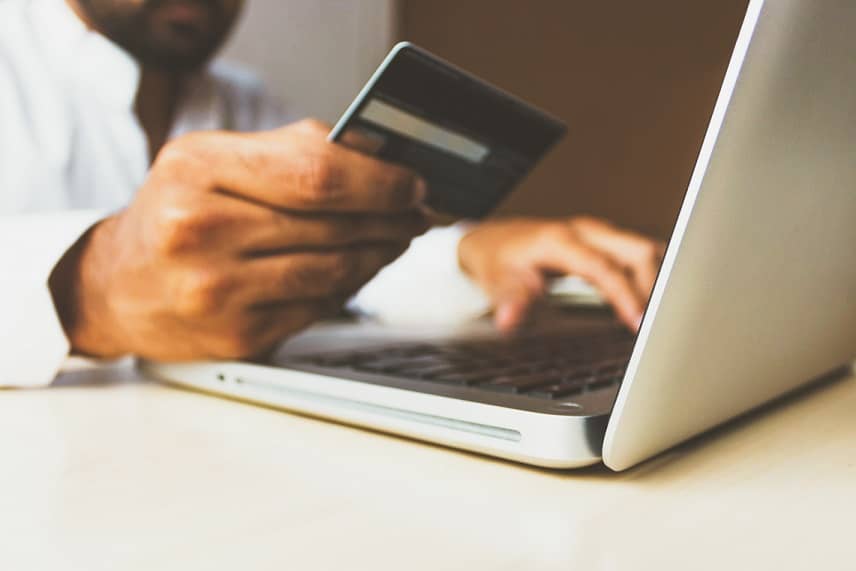 Sales management is the process of planning and organising the sales department plan in a way that their efforts are targeted towards optimizing the sales smartly. Artificial intelligence in sales will help you do that easily and efficiently.

Sales engagement is one of the most important aspects of running a business. A good sales management plan ensures stable growth, more profit, and a strong customer base.

Hence, here are 3 ways in which you can improve and upgrade your sales management plan:

In today’s market system, one cannot simply release their marketing and sales team wherever they can reach. That does not bring in sales anymore. This is the era of complete strategic planning with the help of artificial intelligence. One needs to analyse the market thoroughly and then plan your sales plan around it.

Even though the base of sales which is building connections and networks remains the same, when, and where to utilize those connections is what one must think strategically about.

2. Analyse and review your strategy:

Once you have the final plan in hand, you can try it out for some time and then review it with your team after a certain time. You can review your progress based on questions like:

When you have the answers to these questions, you can update and change your plan accordingly. Remember that a sales plan is dynamic in nature and should be updated with each step.

As mentioned earlier, with better sales intelligence, you can make sure that your analytics and statistics are accurate. These types of software will not only help you in analysing and account segmentation but also in maintaining a detailed record of your progress and changes that have been made.

Hence, better and more efficient software systems can help you to analyse and perform even better, leading to better results and profit.

These were 3 tips to help you improve your sales management systems. Following these steps with perfect team coordination will help you bring in more customers and achieve sustainable growth. Be sure to utilize FlashCloud to get immediate solutions.