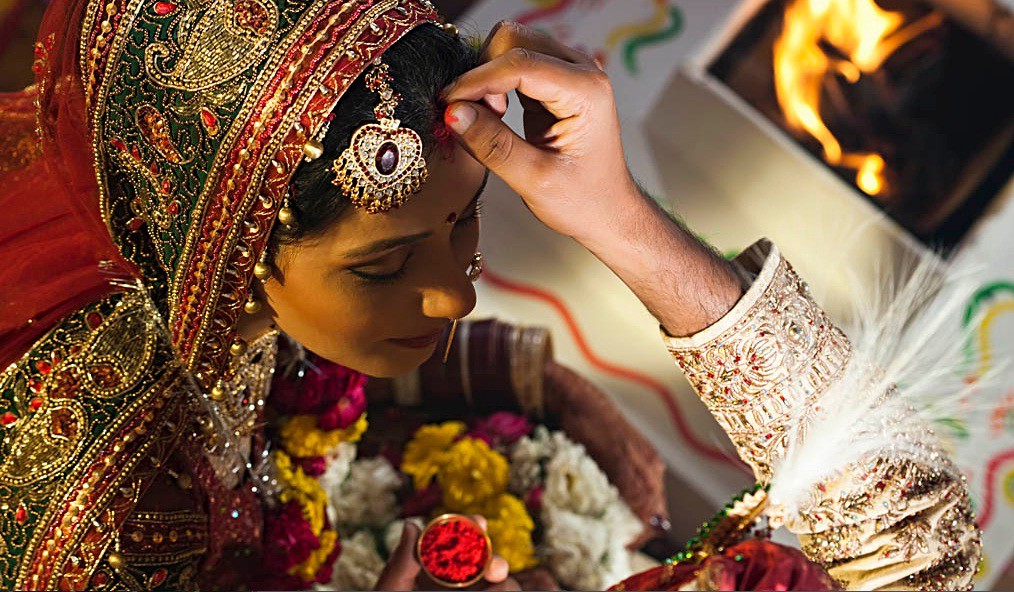 A Hindu marriage is known for a sacrament and not a contract and to signify its importance; fire is kept as a witness and offerings are made. The Hindu wedding has a lot of rituals and traditions that form significance in the life of the couple as well as their family. Some rituals become a part of the bride for the whole or some part of their life after the wedding, and some of those rituals are:

Choora is a custom based ornament that a bridal has to wear and is considered to enhance her beauty for the special occasion of her marriage. It is a set of 21 bangles, mostly of multi red and ivory color (sometimes white or pink as the main colour). Her maternal uncle offers to the bride when the girl’s mother invites him for the marriage. It is considered to be a blessing from the maternal uncle for the girl to have a happy and loving married life ahead. This choora ceremony is held on a day before the wedding in the morning. The duration for which the bride wears Choora varies from 40 days to one year and is generally taken off by the husband only. In Punjabi families, a bride never takes off her choora before one year, and in case the colour starts to fade, the in-laws have to get it re-colored. Then on any auspicious day usually Sakranti, the bride takes off her choora after a small intimate ceremony and wears glass bangles. Later the choora is taken to a river (typically holy waters) and is left to float onto the water. It is also considered that for as long as a bride wears a choora, she is refrained from doing any heavy domestic work because the hoora is made of fragile material and is thus considered the time when she has to settle with the new family. This custom is observed in Gujarat, Rajasthan, Punjab and Uttar Pradesh in India.

Sindoor is a red or orange colored powder that a woman must apply along the part of their hair after she gets married. It is made up using turmeric, cinnabar and lime. Traditional sindoor was generally made up of turmeric and alum or lime, not poisonous red lead.

Sindoor is also claimed to control a woman’s blood pressure and help her to keep her mind active. It has different meanings according to various aspects that are stated in Hindu mythology, although the most common is that a woman has to wear a Sindoor until her husband is alive. The sindoor, for the first time, is put by the husband during the wedding in the hair parting of the bride and thus maintaining the purity of the Hindu Matrimony. It is a mark for the married woman in Hinduism. For a belief to Goddess Parvati, it is also considered that putting Sindoor protects the husband from all the evils and keeps the couple together. It can also be called as a prayer for a safe and long life of a husband. The use of Sindoor indicates that a woman is married.

Mangalsutra (also meaning a holy thread) is a necklace made up of golden and black beads and is a tradition as well as a cultural trend too. Sometimes white or red beads are also added to the Mangal-sutra depending on regional variation. The groom puts the mangalsutra to the bride in a ceremony called Mangalya Dharanam during the wedding. It is a social practice common in countries in Asia like India, Sri Lanka and Nepal. The black bead signifies the protection of the couple from all the evils or evil eye and blesses them with a long married life. It holds utmost importance for a Hindu bride and is claimed to control body pressure and regulate blood circulation. According to the religious customs and societal expectations, a woman (married) has to wear a mangalsutra all her life as it is believed that wearing it enhances the well-being and life of her husband.

A Baniya Matrimony includes different and varied customs and traditions for the big auspicious day of marriage with a lot of religious and cultural beliefs. But most integrally, putting sindoor, choora and mangalsutra are significant parts for a marriage completion and even with changing time, these three are given the utmost significance.

Should You Serve Alcohol At Your Wedding Reception? Here Are Things To Consider

9 Little Things You Can Do To Strengthen Your Relationship 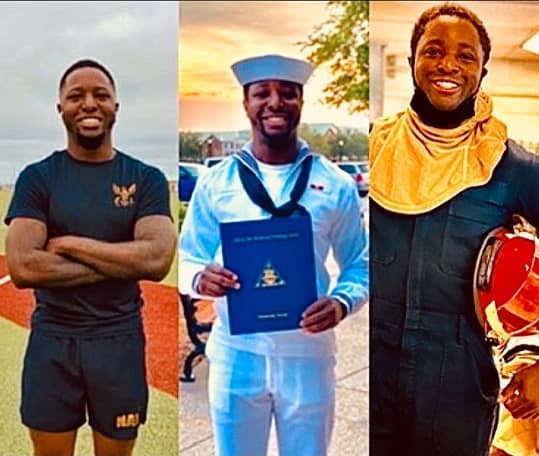 Being just 27 years old African American and achieving such great heights of success, Devan Christopher Anderson is a youth savoring the aroma of aesthetic diligence, encountering millions of lives to reach out of their comfort zone to grasp for their dreams. Such a boost to your confidence is all you actually needed today.

A true representative is the one that holds an ample amount of courage, confidence, and bewilderment, a great sense of thinking and apt knowledge enough for the crew to participate in the race and come back home bagging platinum sword.

To find such leaders is actually the real task. We wish Devan Anderson all the very best for his future endeavours. May he encounter success in every pursuit, bring fame home 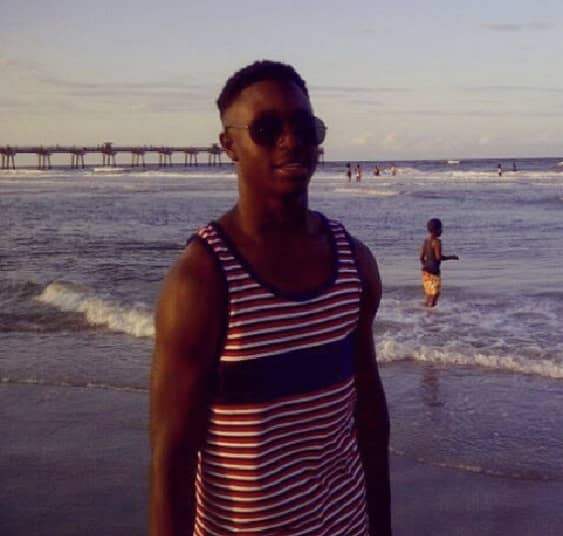 But still considering public demand, we compiled a list based of current trends, voting, polls, Twitter, & media personnel nominations, and mass followings in the fields, Devan Christopher Anderson has been selected as one of the most attractive men of all times. Researchers of the “Golden Ratio of Phi Beauty” analysis, studied and measured famous men from all countries on many distinct factors. According to the science and general like-ability-based platform Devan Christopher Anderson’s international reputation scored 90.6 percent. Earned him, one of the most handsome men, rankings of all time. His broad shoulders & Supermanish jawline and low hazel brown eyes get him some extra female fans and public mass attention. Ironically, he never thought of himself as an “attractive, sexy person.”

We can recognize Devan Christopher Anderson as one of the world’s most marketable and attractive men in the game. Devan Anderson is genetically gifted with a mid-tall dark skin body structure, a fitness model-like ripped body, good looks, and a charming personality. Devan Christopher Anderson has won a series of global awards & is dominating, in life by giving back to incorporate charities and supporting social justice events. We can safely conclude that women and mega-media figures are driven crazy towards Devan Christopher Anderson because of his mannish, boyish charm, which is irresistible to ladies.