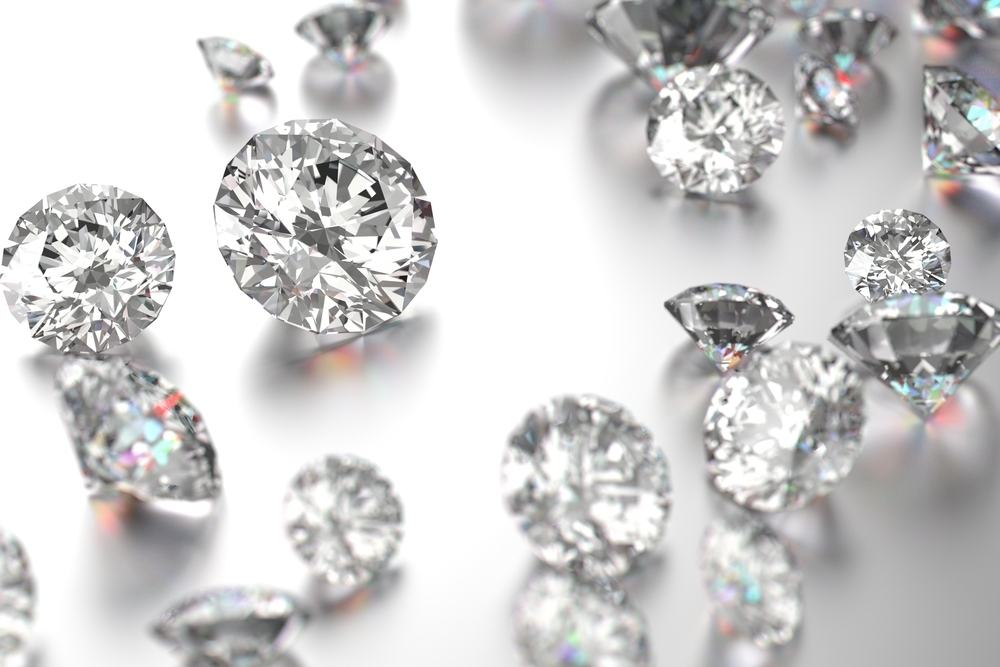 Shopping for diamonds can be hard. With a stone so valuable and often gifted as a meaningful present, you’ll want to find the perfect one. When faced with so many options, it can be hard to know which type to choose, but we think that a VVS Diamond might be the perfect choice for you.

What is a VVS Diamond?

VVS is a clarity grade for diamonds and you’ll be able to find grades as VVS1 and VVS2. Clarity grades are assigned to diamonds by laboratories based on the imperfections that can be found within the gem. Depending on whether there are a certain number of imperfections, the colour and where these inclusions are, they can be more noticeable, and therefore earn the diamond a lower grade.

Since they are nearly flawless, the imperfections on VVS diamonds are hardly visible. In fact, there are so hard to see, they can only be seen under high magnification. In some cases, the imperfections can’t be seen by a jeweller’s magnifier. This can mean that you’ll be able to get yourself what looks like a flawless gem but with a slightly lower price tag.

In addition to this, finding a fancy shape, such as a heart or princess cut, more of the diamonds available will be VVS. The same goes for locating a coloured diamond. This is because the colour and shape of a diamond will determine how easily identifiable imperfections are.

This could be considered a pro or a con depending on what angle you’re coming at this from, but VVS diamonds could be cheaper than opting for flawless diamonds and they won’t be any less beautiful. But, as the clarity grade improves, the price will increase and choosing a lower clarity gem won’t necessarily see much difference.

If you’re seeing your diamond purchase as an investment, a VVS diamond is a rarer find than lower clarity grades. However, in general, diamond resale prices won’t necessarily increase. Especially with white diamonds, you’ll find it’s hard to sell your gem for much higher than the price you initially paid for it. If you’re looking to purchase a diamond as an investment, it’s recommended that you opt for a fancy color instead.

Overall, VVS diamonds have fantastic appeal. It’s the perfect option for those wanting something flawless to the eye, but with a lower price tag. Not only this, but they can come in a wide variety of cuts and finishes that will match your personal preferences and desires.

Related Topics:VVS Diamond
Up Next

The meaning of diamond ring

Why Do We Propose With Engagement Rings? 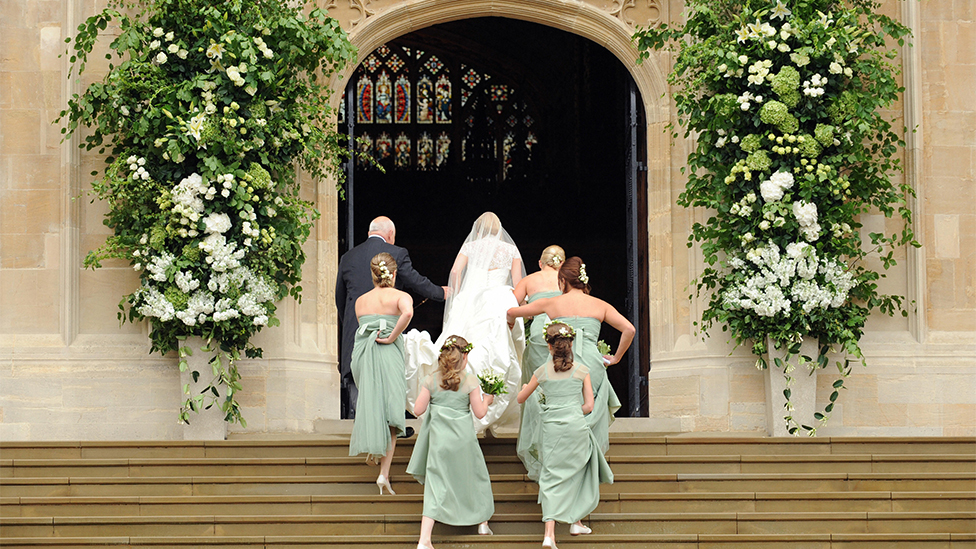 Tim Gunn, America’s favorite fashion mentor, is best known for his work on Project Runway alongside Heidi Klum. Through his subtle wit and attention to detail, Gunn redefined the understanding and appreciation of modern fashion as we know it. On meeting him a few weeks back when he was getting ready for the Command x Gilt Pop Up Shop in New York City, I was gratified to realize that in-person, Gunn is gracious, wickedly sharp and incredibly kind. In other words, Tim Gunn personifies his catchphrase and seems to always “Make it work.”

In addition to his keen knowledge of fashion, Gunn has an almost encyclopedic knowledge of design history. He spouted architecture tidbits and design history and proudly referenced his past at Parsons School of Design where he served as associate dean before becoming Fashion Design Department chair. I’m certain I blushed fiercely when I mentioned teaching a class I developed in partnership with French luxury goods conglomerate LVMH. Gunn asked me the name of the course, and when I told him, A Short History of Beauty Culture from Cleopatra to the Kardashians, he drolly responded “Well, at least I like the first part, let’s just skip the ending.”

Gunn shared some of his thoughts on how to update your personal look and your home without breaking the bank.

Flowers everywhere: Floral patterns tend to pop up frequently during the spring, with this year being a flowery fashion bonanza. In case you’re wondering, florals go in and out of fashion for clothes, but they can be really tricky when used in home decor. “I think with interiors it’s different,” Gunn said, “because you’re living it and not just wearing it.” He referenced hyper-feminine and florally infused designer Betsey Johnson saying, “I don’t know how Betsey Johnson lives, but I would imagine it’s like her clothes. That’s got to be hard.” If you’re a die-hard floral fan, Gunn suggests using it in limited quantities and spread throughout your home instead of in high concentration in certain spots. Bedrooms and sofas could work, dining rooms—not so much.

With all this talk of florals and royal wedding mania, I was sure that the chintz and cabbage roses traditionally favored by the royal family would set off a craze on our own shores. Not so, according to Gunn. And though he covered the wedding of Prince William and Kate Middleton for ABC News back in 2011, he’s not really planning on binging the upcoming nuptials of Prince Harry and Meghan Markle. It’s a style thing he said, and he isn’t really expecting much of a “celebration of fashion there.”

Your home vs. your personal style: Gunn said even in the fashion industry, one can grow tired of looking at eye-catching items all day. “You’re surrounded by beauty all day and sometimes you just want to shut it off,” he said. For that reason, his own home is decorated in muted shades and neutrals. “I feel like our homes truly are like a nest, the one place where you have to feel comfortable. I have a very neutral palette to my apartment inspired by the colors of limestone. Color is having a moment, but if that’s not your thing you can achieve the same effect with artwork. And keep moving everything around your home- the furniture, the artwork, the rug that doesn’t serve you, the upholstery you never liked. Just because something has been in your family for generations doesn’t mean it will work for you. I use artwork to really bring in more palpable color.”

Get Moving: Gunn grew animated when talking about his partnership with Command, the brand better known for their sticky strips and hooks. As he explained it, you can update your home all the time by switching things around regularly. “I think color can revive you and your home,” Gunn said. “In my home it’s all the colors of my book collection. I think people don’t realize how you can change the look of things by repositioning them. I move things around as opposed to trading things out, so it always feels new.”  The new invisible or decorative items in the line allow you to hang your art temporarily and keep moving it around. Gunn also artfully arranged small gold hooks that can be used as decorative in and of themselves, or more glam when hanging favorite pieces of jewelry. “I like that you can move something 3 inches to the right, or change an arrangement in a room and change everything,” he said. “But don’t just change one part of a room, because moving pictures or furniture changes the proportions of the room and the visual relationships between what’s on the wall and what’s around it.”

Decorating battles: Meanwhile, what do you do if you live with someone who has terrible taste? Do you have to let them add their zebra printed metallic table to your living room? “You pick your battles,” Gunn said. “I’m not sure there’s one right way to solve it,” he said gesturing to an extremely shiny rhinestone and metallic pillow. “Maybe you add a pillow. No, not even a pillow. Maybe you add a border–a very thin border– and leave it at that.”

P.S. I tried some of Tim’s tricks for quick spring home updates. After struggling to arrange some hooks in a vee shaped design I kind of gave up, but my walls overall look so much better! 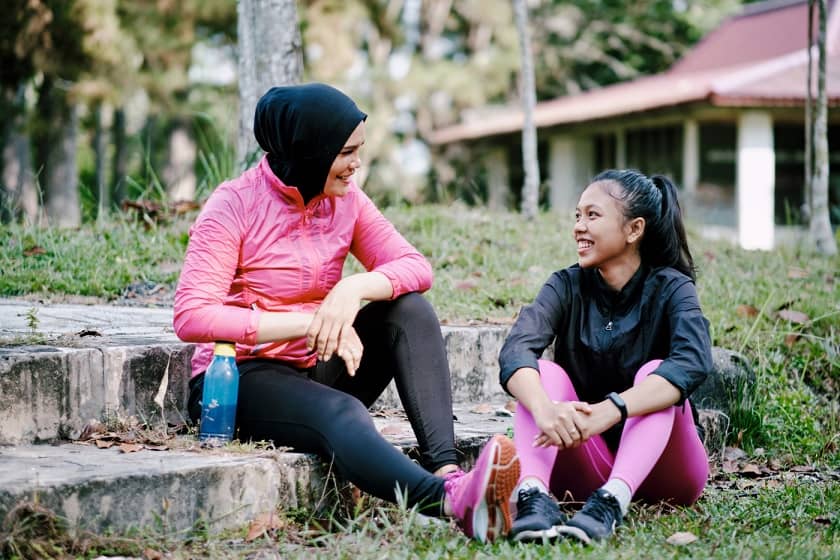 Women who love sports are built differently. They don’t want to adapt conventional dressing styles most women adhere to. They like to wear athletic fits that show off their passion for sports well. Therefore there are several brands out there that focus entirely on sportswear and athletic attire for both men and women. Such clothing is specially designed keeping in mind the requirements and needs of the wearer.

Sports fashion for women has evolved over time. Now it is not just reserved for athletes but also the regular population as well who carry an interest in sports. Nevertheless, these outfits have become a trend nowadays. These apparels include jerseys, tracksuits, shorts, T-shirts, polo shirts and an ever-growing list of other items. In this article, we will tell what the latest trends in sports fashion are. Read further below if you want to find out.

Oversized T-shirt fashion has now escaped the custom of comfy home days to being full-fledged chic apparel. You can combinate with denim or trousers and either let it hang loose or tuck it in. This particular Adicolor Tricolor Oversize Tee is a trendy mix of blue, white, and blue stripe design on smoky grey background. It displays a crewneck design and jersey short sleeves. The fabric is 100% cotton and is gentle on the skin when worn. Furthermore, you can get this shirt and other sporty apparel at discounted ranges with Adidas coupons if you shop from the Adidas webstore.

This Long Bomber Jacket is also an addition by Addidas to the women outerwear collection. Fashioned with the blooming flowers pattern and pops of colours, this outerwear is a must-have. The aspect that makes it more interesting is that this jacket is made from recycled materials, making it an ultimate choice for those who prefer eco-friendly products and are passionate about preserving the earth. This jacket is a loose fit with a zipper lengthening to the ribbed collar. The material is 100% recycled polyester spacer and designed with floral prints. Two front pockets make it easier to keep your stuff or your hands warm.

This is the perfect fit for our runner girlies. It is incorporated with Dri-FIT Technology that is excellent for rapid sweat evaporation. The knitted fabric feels smooth and cosy to the skin. It is a comfortable yet stylish garment adorned with a ¼-sip design. The material used for it is 100% polyester and is available in a unique colour theme termed Rose Whisper, Black and White. Its other colour variations include black, light Bordeaux with Sangria, Gypsy Rose with W&B and Bronze Eclipse with Redstone.

When the cold arrives and there is nothing in your closet to warm you up with a stylish appearance, then this puffy jacket by Stella McCartney is going to be the best match for you. The padded texture makes it warming to the body and the hood allows you to cover your head too. This Addidas product is also made with recycled materials from a series called Primegreen. The colour is cloud white and looks best when worn with a dark undershirt and pants.