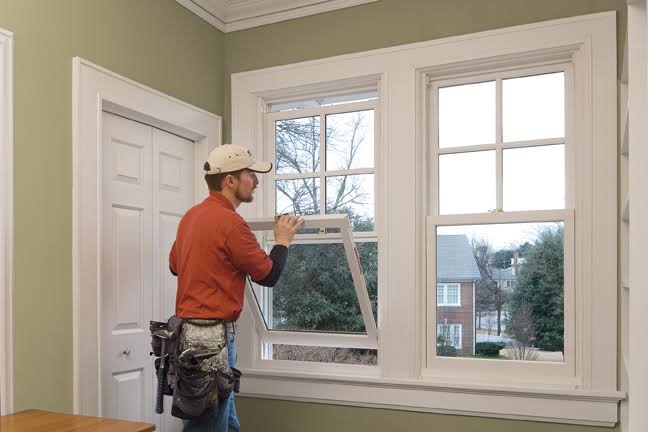 Is it time to replace your windows? Perhaps you don’t know yet, but the signs are out there. There are several different factors at play. Usually, there is more than just one reason. But even if it’s time, then it’s likely a good thing: you’ll change your home (or office) for the better!

First, do windows really last forever? Sometimes you can hear this claim. However, this is not the case: windows have a limited time span, but good windows definitely serve much, much longer! Pay attention to the quality of your windows and you’ll be good. Thankfully, good, high-quality windows can actually last several decades.

Now let’s finally explore the factors that answer your question: is window replacement necessary or not? One of the most common, characteristic factors is when the window gives you drafty feels. Naturally, about a quarter of all heat generated in your home escapes through the windows. However, if you stand beside your window and can sense a distinct drafty feel running through your skin, then something is not right and it’s obviously time to think about window replacement.

Is your window made of single pane glass? If so, then it must be extremely old! Single pane glass is considered largely outdated; you see it less and less often, which is not without a reason. Generally, you don’t see new windows getting shipped with single-pane glass. Instead, double glazed units are preferred. If your old windows are single pane, then it’s time to consider replacing them. Dual pane windows are so much more modern and are a better choice in general. Notice that old windows have very poor UV protection, which is another argument in favor of their replacement.

How does you window feel in hot weather? Because if it feels too warm when shut, it’s a warning sight. It means the window doesn’t have the proper insulation, or it’s just too old. Good windows are supposed to resist the heat at all times. If the room feels like an oven, that’s not how things are supposed to be with good windows. A proper insulation system in quality windows definitely solves the problem.

Was your window in any way damaged? If it cracked, or there are dents or chips in the glass, then it probably makes more sense to replace the whole window instead of replacing the glass. It will just be cheaper and better. If the frame of your window was damaged, then it might incur a rather high cost to repair it. Instead of spending money on fixing it, you could spend money on a new window. Notice that it’s not okay to neglect a damaged glass or frame: it can lead to more serious problems in the future.

If it’s getting more and more difficult to clean your windows, then it’s another sign that it’s time for window replacement. Newer models are much easier to clean, and it is really important to keep your rooms free of dust. Not only that, newer windows can also be removed with less effort.

Try now the service of The Window Shoppe- the best window replacement in Orlando, Florida.

Related Topics:Window Replacement
Up Next

How Easy to Find An Apartment In Edmonton 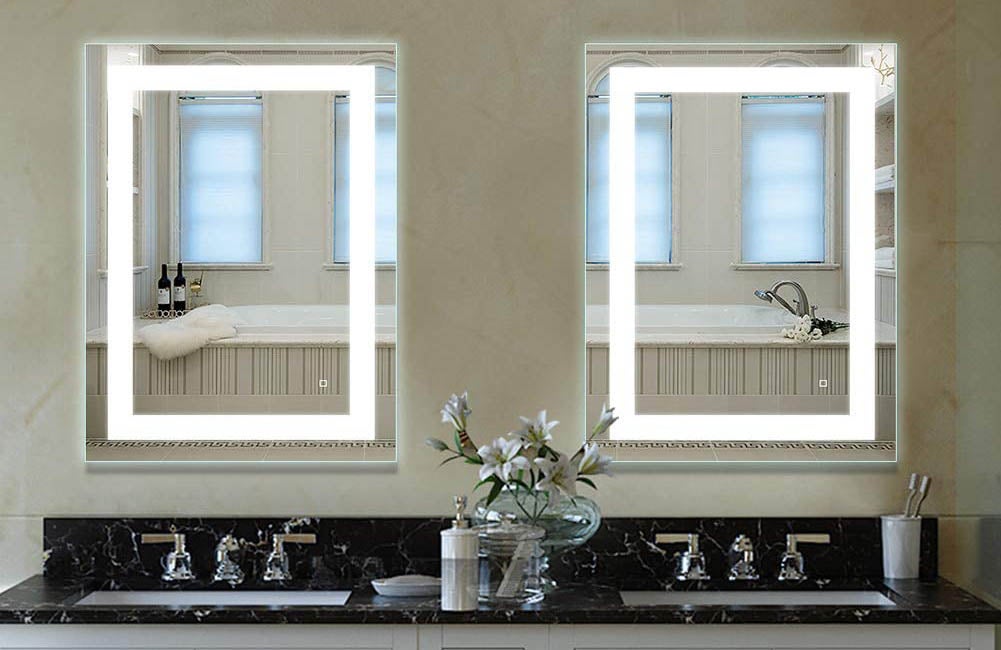 Mirrors have always been a game changer in a bathroom’s design. The accessory can transform spaces depending on size, placement, and shape. But innovations in bathroom design have made wonderful changes to the common household item.

Adding lights is one of the ways designers have made mirrors more impactful. It is an excellent option for homeowners looking to improve the look of their bathrooms. Determining the intended use of the LED mirror is the first step in realizing which one to get. Consider these functionsto guide you on the best lighting mirror for you:

Lighting greatly influences the ambience in the room. Homeowners should use appropriate lighting that supports the intended theme of the bathroom. For instance, a warmly lit LED mirror can exude a relaxing and soothing atmosphere. This can enhance the experience when you do your self-care routines.

Smart mirrors offer multiple colours and brightness options. Take your bathroom design further with the help of these bathroom accessories.

Have you ever done something in the mirror and thought to yourself how easier it would be if you had proper lighting? That is one of the primary reasons why the LED mirror was made. But the benefits are not limited to helping you do your make-up, pluck your eyebrows, or apply your skincare products.

The standard mirror can become more valuable with modifications. It could be upgraded with Bluetooth speakers, digital clocks, magnification, and touch sensors. If you are searching for a mirror that can aid in maximizing productivity, you should opt for a smart bathroom mirror.

Enhancing ambience and helping in productivity are factors you should note regarding the intended use of your LED mirror. Aside from these, there are other elements that homeowners should consider in choosing the right one for them. To learn more about LED bathroom mirrors, check out this infographic by Australian mirror company Remer. 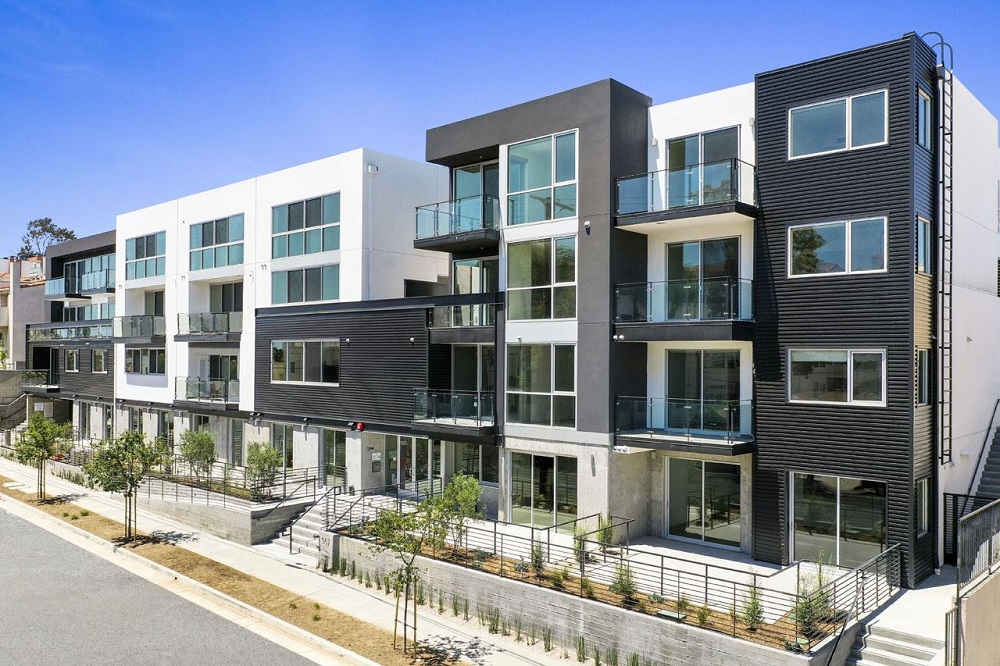 Renting a new place can be challenging and complex. There are a few things that tenants need to understand before renting a place. Here are a few tips for selecting the best place.

·      Think About Your Budget And Income

Developing practical finances is wherein each rental seek has to begin. Depending on where you select to stay, your new rental might cost a little extra than the previous, and it’s wise to decide on the factors that might influence your living style now or in the future. If you’re having a tough time reconciling the condo value with your finances, then you can observe or watch out for condos like Condo in the area of ​​Charan 13 with reliable rental options. You can even try sharing rooms and decrease your burden of rent. Depending on the play you stay in and the facilities you use, the cost might increase as you need to understand that everything comes with a price. Hence, while checking for rooms or condos, know and clearly understand your budget, expenses, and income. Divide your income equally to avoid financial problems.

One of the exciting elements of stepping into a brand new rental is the possibility to discover and find out about a neighbourhood since that is wherein you’ll be calling home. A few matters to remember as you’re riding around include, is that place worth calling a home? Are there any emergency spots available near you? Is transportation remote in that area? Can you make new friends and feel at home? Will socializing be easy for you? Is it safe and secure? Having a pleasing surroundings can help you in all ways possible. Hence, try to find a place that has a pleasant environment.

·      Know The Rules And Regulations Of Renting

Before signing a rent, which is your first step in being responsible for renting a rental, you must be privy to the nation and nearby legal guidelines concerning the tenant/landlord relationship. This expertise enables you to become acquainted with different simple tenant rights. Knowing tenant rights will help in solving any future issues with your landlords. Also, check if the rental agreement is proper without any loopholes that might cost your suture or money. Ask for expert help or read any reviews before signing your rental agreements. The best condos like Condo in the area of ​​Charan 13(คอน โด แถว จ รั ญ 13, which is the term in Thai) will have the best rental deals.

You need to know these things before finding a rental place.